ExMicroVR is a tool for viewing and manipulating multichannel confocal microscope image-stacks in immersive Virtual Reality. It was developed in a collaboration between Immersive Science, Benaroya Research Institute, and Carnegie Mellon University. The tool allows researchers to explore details of cell structure in images. Use ImageJ (free from NIH) to convert confocal microscope image stacks into 3D volumetric object files (NIfTI ) that you can then view in VR.

This software is licensed for free to non-profit applications. 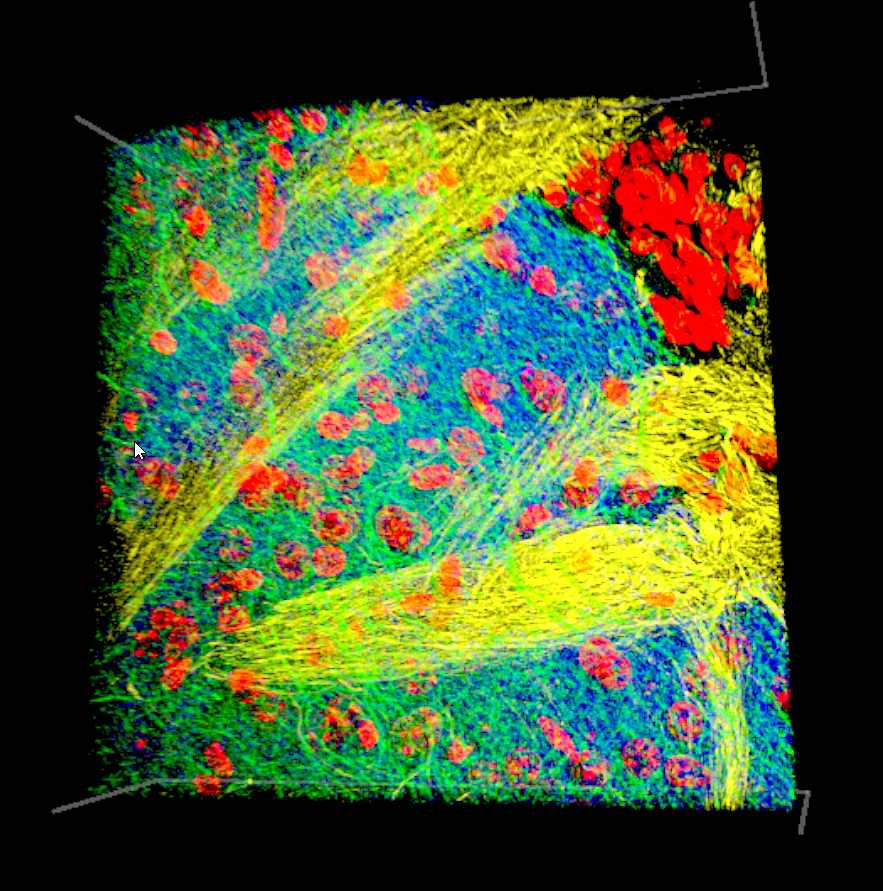 The samples were expanded via the ExMicro protocol and then imaged at a 20x magnification. Without expansion, you can see the large axon bundles that are passing through, but often they just look like one large blob. The big use of expansion in this image, however, is the visualization of the presynaptic terminals. Without expansion, it can be very difficult to make these out as the individual points that they are.